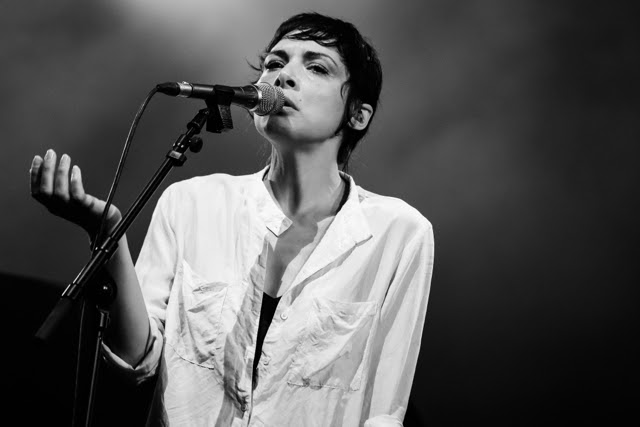 Melanie De Biasio has announced details of a UK live appearance this summer when she plays at Camden’s Jazz Café on June 30th following the imminent release of the Blackened Cities EP on May 20th with Play It Again Sam.

The all-too-rare UK date, part of a short run of live shows across Europe that takes in Brussels and Paris will see De Biasio and assorted players perform Blackened Cities in improvised form alongside other tracks from her previous album No Deal.

The show marks De Biasio’s first UK live sortie since a brief cameo at Gilles Peterson’s Worldwide Awards in 2015 – picking up the award for ‘Best Worldwide Session 2014’. The year had proved pivotal in De Biasio’s trajectory and saw her album No Deal achieve gold status at home in Belgium, invited to play at James Lavelle’s curated Meltdown Festival, headlining the Purcell Rooms as well as playing with label-mate Agnes Obel at The Barbican.

Blackened Cities is available to download now via iTunes while the vinyl and CD are available from May 20th.

Tickets for the show are on sale now via the following links:

Write for Music Is My Sanctuary & Stereofox.